Alex Lahey – Between The Kitchen and the Living Room EP

Bluey – Everybody Hates Me In My Dreams

The Hunter Express – Should Have Come On Sunday

Jim Lawrie – Slacker of the Year

Callum Barter has been busy working as a Producer, Mixing & Recording Engineer for the last 16 years across USA, Australia & beyond. As of 2018, Callum is now based out of Los Angeles (USA) for an exciting new chapter working out of his great new studio. Contact Callum to come in for a look and a chat about your next project. The move to the US is a great step after 4 years as senior Engineer & Manager @ Newmarket Studios in Melbourne, Australia.

Get in touch with Callum for your next project – be it big or small! He has the ability and resources to work under budgets, deadlines and collaborate production ideas with each and every artist.

Are you not based in LA? No problem! Callum is always working remotely with artists sending files and ideas back and forth until the optimal result has been achieved. 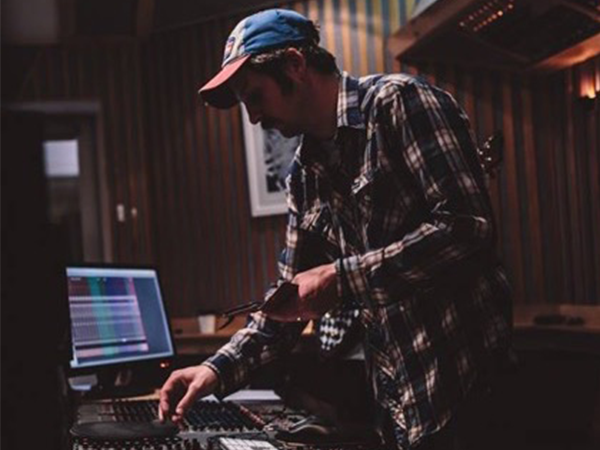 Callum Barter has been busy working as an Producer/Engineer for the last 16 years across the US, Australia & beyond.

Callum is now based in of Los Angeles working out of his studio there, after 4 years as Senior Engineer & Manager @ Newmarket Studios in Melbourne, Australia.

Some recent projects Callum has been working on:

Prior to taking over Newmarket Studios in Melbourne, Callum mixed “Controller” (2013), the fourth studio album released by indie rock band British India, one of Australia’s most prolific touring bands which achieved Gold sales (35,000+) for the single – “I Can Make You Love Me” in November 2013.

Along with his extensive studio engineering work, Callum’s experience with live engineering has allowed him to work with a diverse range of artists around the world. Some of the artists he has toured with include: Vance Joy, Courtney Barnett, Shallou, Japanese Wallpaper, Emma Louise, Big Scary, Saskwatch, King Gizzard & The Lizard Wizzard, Bill Callahan, British India, The Cat Empire, Dan Auerbach, Dorsal Fins, & Fraser A Gorman to name a few…

Exposure to such a vast range of musicians and musical styles over the years both in the studio and live setting has allowed Callum to hone his ear and production techniques to consistently produce an impressive, unique and identifiable sound. In addition to this, Callum’s professionalism, strong work ethic and ability to deliver a polished and considered sound for artists time and time again, is testament to why this engineer’s diary has limited free space throughout the year. Callum has an Advanced Diploma in Music Industry (Technical Production) from RMIT, graduating in 2005.

Get in touch to talk about your next project.